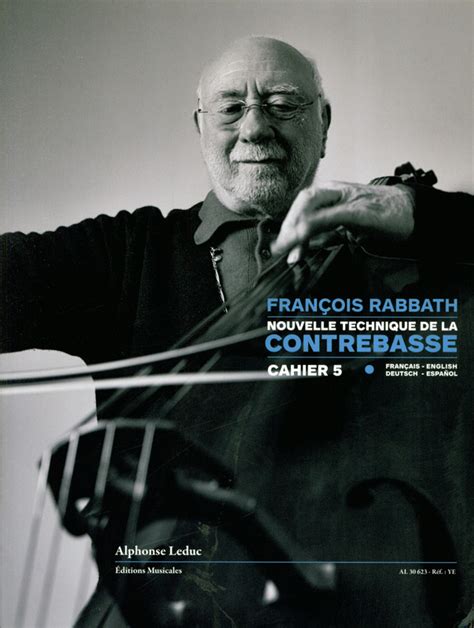 François Rabbath was born into a musical family in Aleppo, Syria, in 1931. Self-taught, he discovered the Double Bass at the age of thirteen. After moving with his family to Beirut in 1946, he played in a quartet with his brothers in restaurants and hotels. At the age of twenty-two, with the encouragement of violinist Yehudi Menuhin and pianist José Iturbi, he developed an original approach to the art of Double Bass playing. In 1955 he settled in Paris and earned his living accompanying Charles Aznavour, Edith Piaf, Jacques Brel, Serge Gainsbourg, Barbara, Yves Montand, Guy Béart, Georges Moustaki and other well-known names of the French Chanson. His first LP, in 1962, earned him the Grand Prix du Disque award by the Académie Charles Cros. He has recorded several CDs and DVDs since then, with works including Bachs six Suites for solo Cello, played on the Double Bass. He also composes and performs music for films and television, and he now appears all over the world. During one of his concerts, at the Maison de la Radio in Paris in 1972, he met Jean Leduc, who offered to publish a method explaining his new techniques for holding the Double Bass and its bow and for use of the left hand. He teaches this technique in master classes. He also invented the crab technique (so called because the hand movement resembles the sideways walking of a crab), whereby the hand can move up and down the string without ever fully shifting. François Rabbath is the founder of the international Rabbath institute Paris (IRIP), where Double Bass players from many countries come to study his new technique. He also loves graphic art,, and since giving an exhibition in Paris in 2010, he is also known for his drawings. 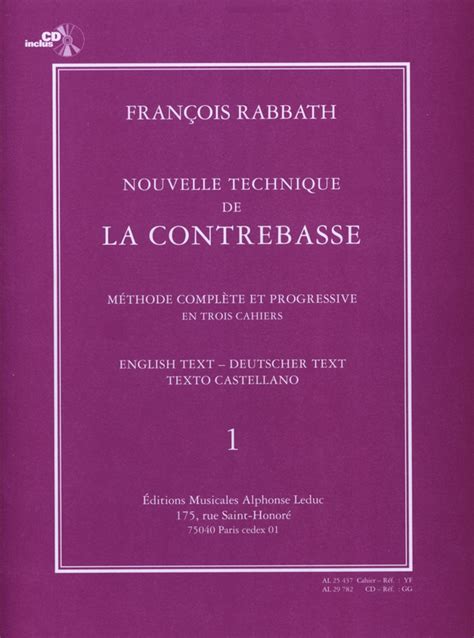 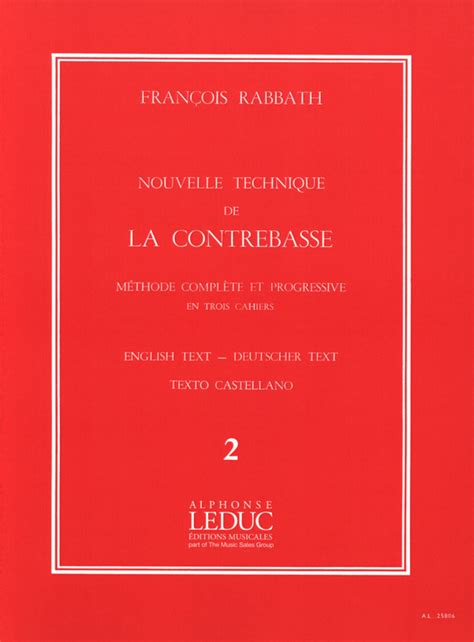 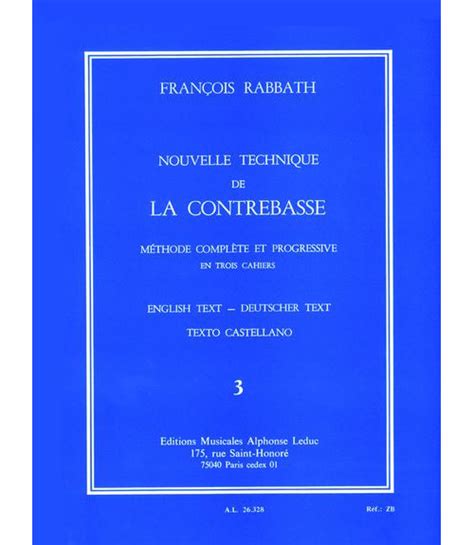 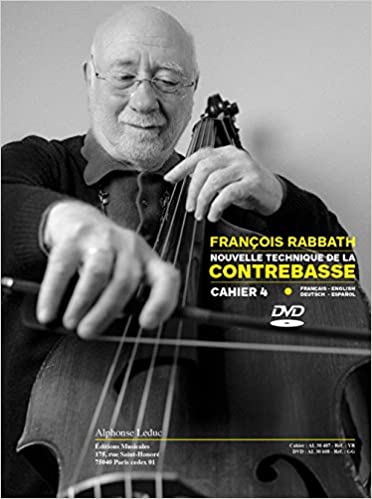